Tanzania Wins Big with the US Royal Tour

Her Excellency President Samia Suluhu Hassan  launched Peter Greenberg’s latest feature film “The Royal Tour” Monday 18 April, 2022 sending a clear signal to the world that this is a transformed Tanzania. Narrated by the President, the film strongly positions Tanzania as a country with colourful history steeped in Culture, Airt, Hospitality and Cuisine, making it one of the word’s most attractive Tourism destinations.

Speaking during a recent engagement about the Royal Tour, Ms Prema Lalji, CEO of the Rickshaw Travels Ltd. remarked, "WE couldn’t not have asked for a better promotional campaign for the tourism industry whilst also demonstrating the unlimited investment opportunities that our magnificent country has to offer. The Private sector is well positioned to support an increase of incoming tourism and also recognize this as an opportunity to encourage diversity, sustainability and endorse the local content within our communities” 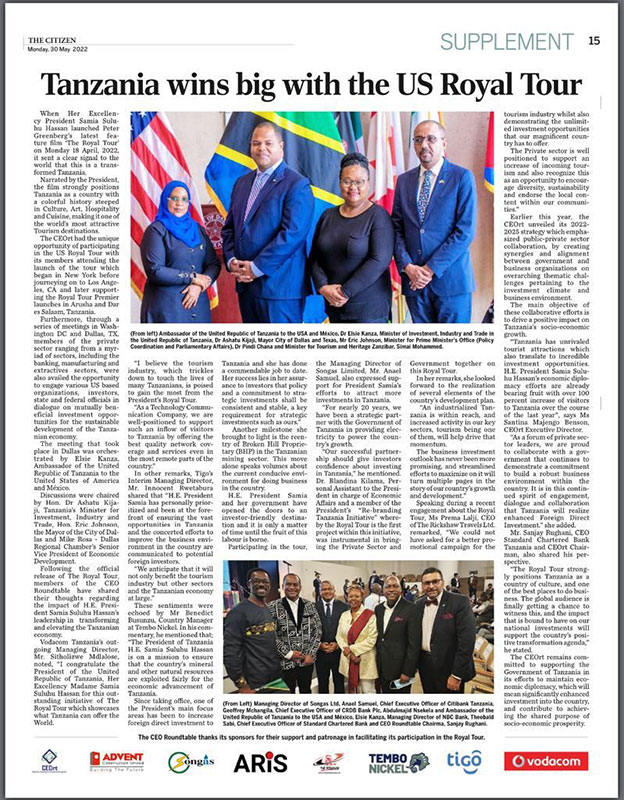