The Amuse Bouche with 12 Packages of Christmas

As temperatures in the northern hemisphere drop to zero and the pressures of wrapping presents and stuffing the turkey rise, jetting off somewhere warm and relaxing can be just the ticket. If this sounds like you, may we point you in the direction of East Africa in Tanzania and Kenya for your next festive getaway?

Christmas Safaris in East Africa: Tanzania & Kenya
December in Tanzania is characterised by lush green landscapes, and is known as the beginning of the “Emerald Season”. During this time, enormous herds of wildebeest cover the plains of the Serengeti as they begin to migrate south to Ndutu. Despite some light rains that generally happen overnight, the weather is warm, and days are mostly clear.

The idea of hiking up a mountain in the land of the second highest mountain in the African continent is hard to resist. With so many volcanic mountains and craters in the north of Tanzania, visitors can pick any of the hiking trails including those up Mount Meru and Mount Kilimanjaro.

The weather during December is pleasant with average day temperatures reaching up to 28℃ and nights getting a bit chilly. Except for the rain showers most of the time it makes a wonderful weather to have a date with nature.

Mount Kilimanjaro has an option of choosing between 4 different routes up to the Uhuru Peak. Machame and Marangu are the shortest paths with more foot traffic. Rongai and Lemosho are longer and less frequented trails. Even if you don’t feel up to climbing the mountain, make sure to set camp up at the base of Mount Kilimanjaro for a night, as it is a magical and unforgettable experience. Sleeping huts and food are provided by the tour operators on the way. Mount Meru is smaller and hence easier to climb. Apart from these two, Ngorongoro Crater Highlands has 3 volcanic craters from which one can view the Lake Natron and the European migratory birds that flock around the Lake. Udzungwa and Usambara mountain peaks are also worth trekking. One can cross paths with wildlife while climbing up to the mountain Peaks. 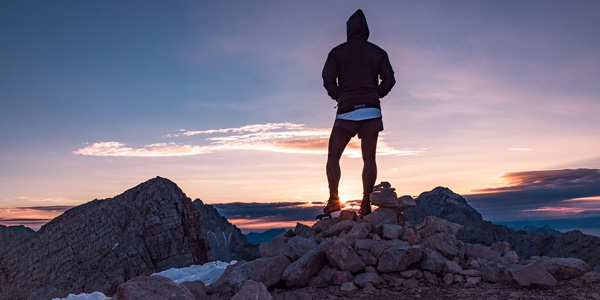 Have a Day Out in the National Parks

Tanzania is known for wildlife safaris across its 14 different National Parks. Among which, Serengeti National Park, Arusha National Park, Ngorongoro Conservation Area, Selous Game Reserve, and Katavi National Park are the major tourist hotspots. One can still spot several animals and birds including the big cats, giraffes and wild dogs.

Many national parks offer walking tours and boat safaris so one has to make sure to pick the right activity for the maximum exploration of the parks. Some parks such as Serengeti National Park offers a hot air balloon ride over the area to get a bird’s eye view of the forest, lakes, and craters. The wildebeest calving season starts in the month of January and if one plans to spend the New Year as well in Tanzania then it’s a must-do activity. 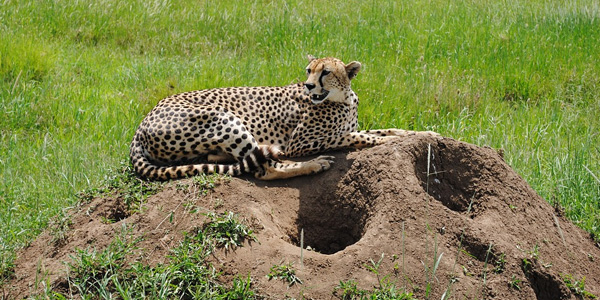 Soak in the Sun and Sand at the Zanzibar Islands

Zanzibar is still famous for its idyllic white powdery beaches and turquoise waters. Christmas celebrations in Tanzania can be on the beach with food, music and dance if one is in Zanzibar. Because the days are warm and sunny most of the time, December is a great time to indulge in water sports. One can go scuba diving or snorkeling or just relax on the beach. Beach soccer, rugby, and volleyball are popular sports around here. Sometimes during the early December, Zanzibar even organises a beach festival.

There’s a lot to do on the mainland as well. Filled with great restaurants and shops, Stone Town, the capital of the mainland is a tourist paradise. Stone Town is filled with cobblestone roads giving the tourists a medieval vibe. The Sultan’s Palace, the Museum and the Old Fort are some of the sightseeing places of Zanzibar.

The Islands are famous for their spice plantations and one can buy some spices from the local souks. 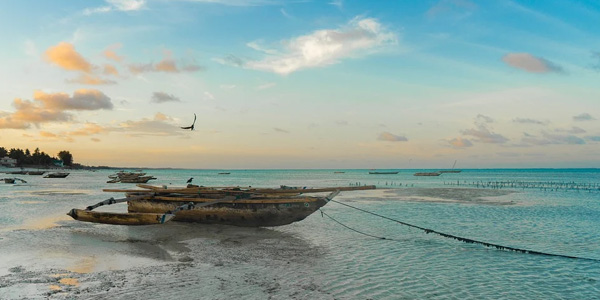 Mafia is a small island that lies south of the main Zanzibar islands across the river Rufiji. This island is scarcely visited by tourists and thus, has some unspoiled nature. It’s filled with coral reefs and marine wildlife. The island hosts a Marine National Park and has many beautiful lodges and resorts to provide for the tourists coming to Africa. One can go surfing, snorkeling or scuba diving here. Dolphin watching and whale shark watching is possible only around these Islands. 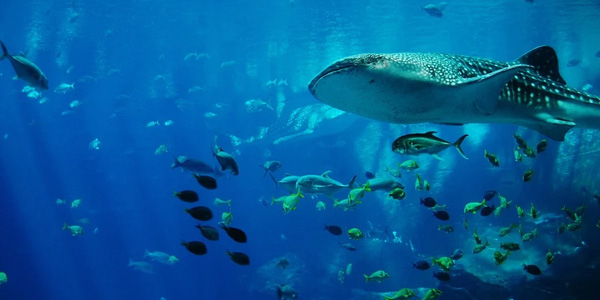 If there’s one city that you need to visit during the Christmas holidays, it has to be Dar es Salaam the most fun city in Tanzania. Enjoy a lifetime holiday with your family and friends as you tour the city and indulge in some amazing activities. You’ll be amazed at how beautiful it’s at night with its countless lights and street decorations which is unlike any other East African city. Tourists and visitors can enjoy Christmas buffets and special Swahili desserts at some great restaurants in the city. A couple of other places you can visit during these special periods in the year include the theatre featuring local actors, amusement parks, musical gatherings and village museums. Without forgetting to hop islands such as Bongoyo, Mbudya and Lazy Lagoon. During Christmas, many houses are decorated with colourful Christmas emblems that will get you into the holiday spirit. 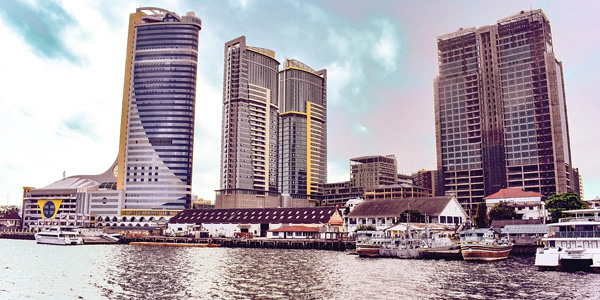 Lake Tanganyika at a Glance

Head to one of the most serene Tanzania points of interest, Lake Tanganyika during the festive season of Christmas. With its vast expanses, serene shoreline, and lush green surroundings, it’s one of the best places to relax in the arms of nature. Here are certain facts about the lake that might lure you to this place; it’s the second oldest freshwater lake in the world estimated to be between 9 to 13 years old, it’s the longest freshwater lake in the world, it forms the border between Tanzania and Congo and it’s so vast that it flows through 4 different countries, namely, Tanzania, Congo, Zambia, and Burundi.

However, smaller villages are dotted along the coast and are connected mainly by lake taxies. These are rarely visited but offer a fascinating insight into local life. The lake and the several rivers that flow into it have created a spectacular ecosystem scattered with ravines, forest and cascading waterfalls stretching to the Mahale mountains, perfect for hiking and chimpanzee trekking.

Moving on, Kenya is also a superb East African country to visit in December with warm to hot days and nights and a landscape flush with greenery following the short rains earlier in the month. Migratory bird species and an array of newborn animals flood the Maasai Mara and as water sources begin to dry up towards the middle of the month, wildlife viewing becomes easier. 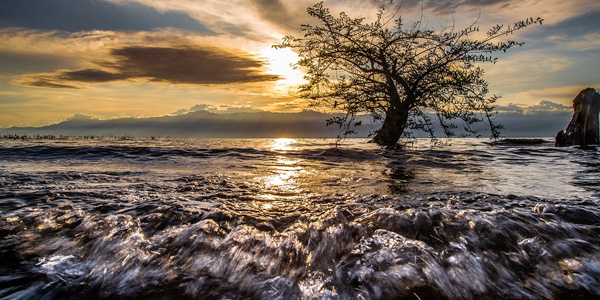 Forget the classic Christmas films and experience the wildlife theatre of the Maasai Mara itself. December is a fantastic month for birdwatching in the Maasai Mara as the migratory species can be spotted. The birthing season starts this month, so if you fancy seeing baby animals being born and taking their first steps then plan on visiting the park between December and February. Africa’s iconic wildlife is found in high densities with the never ending cycle with predators and prey engaged in a never ending cycle of cat and mouse.  Enjoy a balloon flight over herds of animals too. 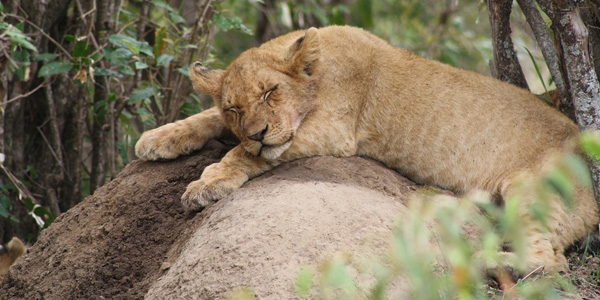 Largely unvisited until quite recently, the Lamu archipelago is now home to some lavishly luxurious accommodation in stunning settings. Popular activities include snorkeling and scuba diving best between November and March when the water is clearest hence, Christmas is a go to definitely, historical walking tours, dhow sailing trips, sea kayaking and diving with dolphins.

It’s the most popular and most developed of the islands and its hotels have gained a well-deserved reputation for delivering a superb “barefoot luxury” experience. Expect great beaches, dazzling coral reefs, a wealth of activities, great cuisine and friendly, discreet service while on a Lamu holiday. Flying is the best way to reach the archipelago and the airport is located on Manda Island from where you will be transferred to your hotel or lodge by boat.

It’s justly famous for its big game elephant, lion and cheetah are the main attractions and for its great scenic beauty. There are five main wildlife habitats, plus a generally dry lake bed which is Lake Amboseli from which the park takes its name from.

December to March and July to October annually is the busiest and best season. Best for Christmas celebrations, game viewing of animals and clear view of Mount Kilimanjaro from Tanzania. Also, the best time for birding since migratory birds can be on arrival in Amboseli National Park, rewarding view of Mount Kilimanjaro, plenty of animals can be seen due to variety of food in the park, the park can be rewarding due to green pastures, vegetation which attracts mammal species. 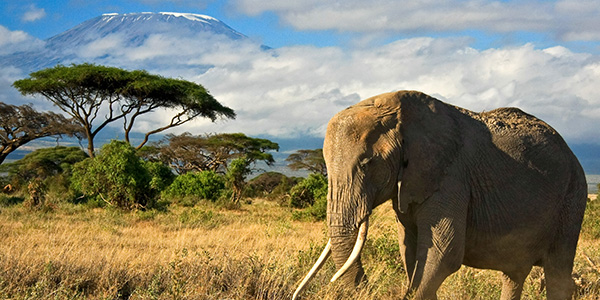 At the far end of the eastern escarpment of the Great Rift Valley, in the shadow of snow-capped Mount Kenya and stretching over an area the size of Wales but probably prettier, is the Laikipia Plateau. Laikipia isn’t actually one reserve but a patchwork of private ranches, conservancies and farms covering arid plains, tangled grassy thickets and pulsing rivers. Not only does the area boast some of the highest wildlife densities in the country, including endangered species, but it’s also a beacon for ground breaking conservation projects. Combine this with some stunning private houses and camps and Laikipia is hard to beat. 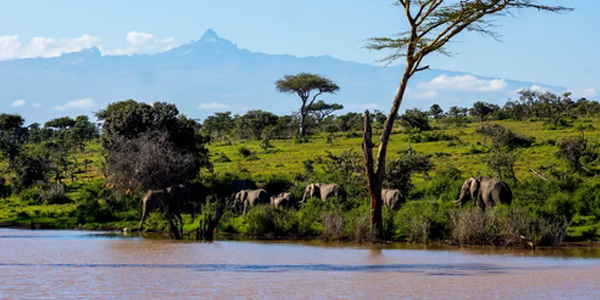 Christmas until Dawn in Diani

You can explore its balmy waters by dhow, yacht or powerboat; dive, snorkel and swim in the clear azure waters over fabulous coral beds; hunt for Marlin, Tuna and Sailfish or explore the mangrove swamps and creeks where the cycle begins. The coast is home to a striking mix of people and cultures with beautiful ancient architecture contrasting with the modern day bustle of the 21st century. This resort town scores points with a diverse crowd; party people, families, honeymooners, backpackers and water sports enthusiasts yet, if that sounds like your typical resort town, think again. For older children, the long white sandy beaches of Diani offer a wealth of activities to keep them busy including scuba diving, goggling, kite surfing, sky jumping, deep sea fishing and many more, whilst you visit the spa and recoup your energy. 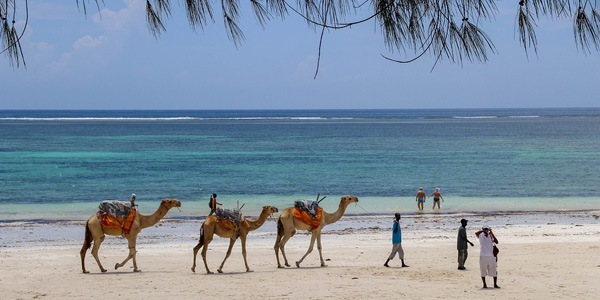 Rugged and a semi desert, the Samburu lies on the edge of the northern Kenya’s savannah. It’s one of three game reserves that are clustered around the Ewaso Ng’iro River. Due to its mix of savannahs and forests, Samburu has first class game viewing. While it’s not Kenya’s most well-known reserve, it’s home to all the big cats and there’s even a “Samburu Big 5” that include of the Grevy’s zebra, the long necked Gerenuk antelope, Besia oryx, reticulated giraffe and Somali ostrich. 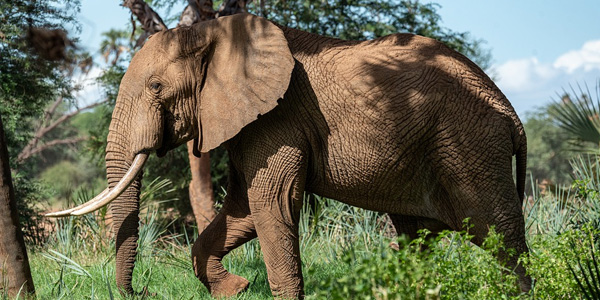 December is also possible once again to visit the Buffalo Springs side of the ecosystem within the duration of a single game drive by using the reopened bridge across the river near the reserve headquarters. Game drives often follow the winding, sandy tracks close to the meandering river, where almost anything from a pride of lions to a herd of elephants or a flight of graceful, leaping impala can appear at any moment. 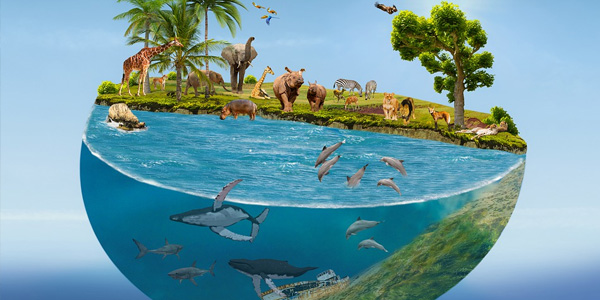