Ask any wildlife enthusiast to talk about safaris in Tanzania and the words describing vast savannahs of the Serengeti or the stunning caldera that is the Ngorongoro will come gushing out, and for good reason – the Serengeti and the Ngorongoro are Tanzania’s most visited wildlife reserves.

Keep listening to the wildlife enthusiast though and you may hear the names “Manyara” or “Tarangire”, pronounced "Tar-a-NGEE-reh".

Together, Lake Manyara National Park and Tarangire National Park make up two of the four major game reserves of the famed Northern Circuit of Tanzania.

Along with the Serengeti and the Ngorongoro, a perfect safari will encapsulate both Manyara and Tarangire, with the fascinating point being that each park offering something quite unique to its neighbour.

Located within a couple of hours from the town of Arusha, the safari capital of Tanzania, Lake Manyara National Park is an ornithologist’s dream. Home to over 350 species of birds you’re bound to find something there for every bird-watcher. Lake Manyara is also home to Africa’s first tree climbing lions. Not ordinarily accustomed to climbing trees, the reason why this predator has decided to adopt this leopard like habit is still mystery, although not one without it’s theories.

And there is the lake itself, a gorgeous alkaline water body that envelops about 70% of the park itself, and, if timed correctly, plays host to flamingos by the thousands as they go about their own migration of the lakes of the East Africa. It is not without reason therefore that celebrated penmen Ernest Hemingway called it the loveliest lake he had seen in Africa. 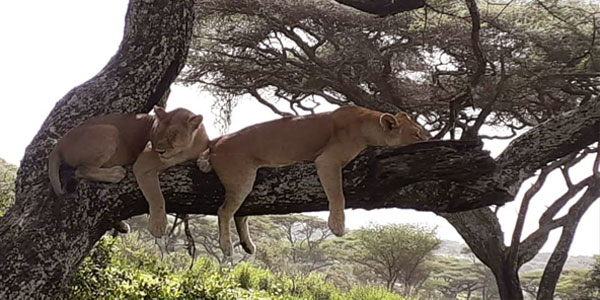 Quite unique in its build, Tarangire National Park is best visited during the dryer months of the Tanzanian climate, which happily coincides during the months the northern hemisphere experience their summer. Because Tarangire has a number of swamps that provide an alternate source of water for both flora and fauna, a number of herbivores and predators are often found lurking around the bushes of the Tarangire, and unlike the savannah grasslands of the Serengeti which stretch out as far as the eye can see, Tarangire provides the quintessential bush experience, a forest of intrigue and wonder.

Home of the Elephants

With the added plus point of being the homeland of huge herds of African Elephants, visitors often counting numbers in excess of 80 per herd! It makes sense then that Tarangire is known to Tanzanians as ‘home of the elephant’! A Tanzanian safari isn’t complete without a visit to both these parks then, and for an additional couple nights to add to your Serengeti and Ngorongoro experience you may just end up doubling your Instagram snaps! 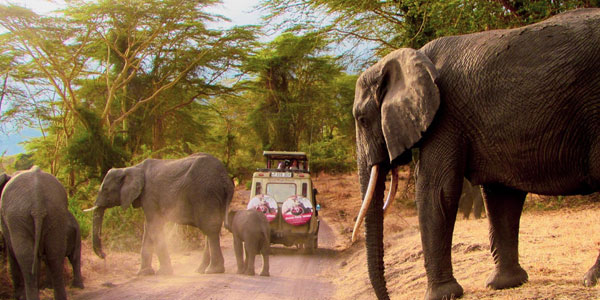