Things to do in Dar es Salaam in a Day

Where is Dar es Salaam?

Dar es Salaam is an Arabic name meaning “Haven of Peace” which was formerly founded by Majid bin Sayyid, the first Sultan of Zanzibar in the 18s.
Dar es Salaam is located on the eastern side of the continent of Africa bordered by the Indian Ocean and islands of Zanzibar and Pemba to its east and northeast and to its south, north, and west it is hugged by the Coast Region.
Dar es Salaam has been the major manufacturing and commercial centre of Tanzania.

Here are a few of the best things to see while visiting the City of Peace.

Known for its beaches, islands, seafood and music the city is brimming with a variety of activities for every type of tourist.

Dar es Salaam City Tour: Duration of trip is 6 hours roughly. Embark on a full day exploration of the bustling city of Dar es Salaam. Affectionately known as “Dar”, this once slumberous fishing village has morphed into a thriving metropolis. You’ll tour the city’s top attractions such as the lively atmosphere of Dar es Salaam’s fish market, where dhows dock at dawn to offload the night’s delicious catch. Amble down pungently spicy India Street, where the flavours of the East are a feast for the senses, at the stark purple of twilight, clusters of Dar es Salaam street food carts, specialising in delicious Indian food emerge. Catch a glimpse of the traditional souk (bazaar), heaving with people morning, noon and night. You’ll be sure to find virtually anything here in the jostling mass of vibrant colours, textured fabrics, local food and hand embellished trinkets. Head to the Mwenge Carver’s market for beautiful traditional African sculptures and crafts before exploring the National Museum and the open air Village Museum. Dar is a great place to explore.

Bagamoyo Day Trip: Duration of trip is 9 hours approximately. Bagamoyo is a town located about 47 miles north of Dar although, it takes about an hour to drive there. Although now it’s mostly a sleepy beach town, making it part of Dar es Salaam, Tanzania’s beach series, its historical significance is worth reading about. Up until the late 19th century, it was one of the most important, bustling, and profitable trading posts along the East African coast. Traders came from all over the world, but they were mostly Indian or Arab, which has made an everlasting diverse impression on the town. Now, it’s a nice weekend getaway for expats living in Dar, and for those interested in African arts, scuba diving, and dhow sailboat Bagamoyo is working on building up its water sports activities, like kite boarding, jet skiing, water skiing, surfing, paddle boarding, and scuba diving. Other things to visit besides the Kaole ruins are the Catholic mission, which helped take care of escaped slaves, and shops located in the small town.

Bongoyo Island Day Trip: Duration of trip is 30 minutes boat ride to get to the island from the mainland. Bongoyo Island is a beautiful place. It’s a small uninhabited place just off the coast, it’s described as a bush land with emergent trees. It’s a great place for snorkelling and sunbathing. Both tourists and Tanzanians frequent here for daytrips. There are two beaches in this island and the shore is very rocky. The entire island, except the two beaches, is covered with dense forest. The underwater habitat range from shallow gently sloping coral reefs, sandy expanses and sea grass beds. The main coastal habitats around Bongoyo Island include sandy beaches (beach 1 and 2), coral reefs, sea grass beds, rocky shores, lagoons (shark lagoon) and algal beds.

Nusu Nusu Tour: Bajaji (Rickshaw) are the typical Indian three wheeler which offers a cheap but less crowded alternative to dala dalas (Mini Buses). Fares should be agreed on before entering the bajajis. Three people can actually fit into one of these vehicles.

Zanzibar Day Trip: Duration of trip is 12 hours roughly. Day trips in Zanzibar for a perfect vacation is an excellent way exploring Zanzibar’s astounding history, bursting culture and breath taking beaches. Zanzibar, known as the Spice Island, a beautiful island on Africa’s east coast is bursting with culture and history, seemingly at odds with its idyllic geography of white-sand beaches with palms swaying lazily in the sea breeze. Together this makes Zanzibar a fabulous place to explore as well as a dream to relax and unwind. The best way to experience Zanzibar, at least in my mind, is to have a two stop vacation; a stay in Stone Town to enjoy all the town has to offer for a few days, then a drive through the interior to one of the many beach resorts to spend a few days relaxing on the beach. A week or two would not be too long.

Catamaran Trip: Dar es Salaam is a great place to cruise. You can book a city cruise in your hometown or during a trip abroad. Take in the beautiful scenery and spend quality time with your friends and family while enjoying a cruise through the water. From birthday celebrations and bachelor or bachelorette parties to family vacations, Dar es Salaam, has the perfect boat cruise destination.

Street Food Tours: Duration of trip is 4 hours approximately. Street food is a window into the soul of any nation’s cuisine. What foods are battered, sold wrapped in paper and bags are often the bedrock upon which a great proportion of the population eat and feast. In Dar as can be expected, a lot of the cuisine is influenced by Indian and The Middle East and the result is delicious. You can go for barbecue tours, curry tours and budget meals which are quite reasonable in price.

Mainly, you should find yourself some free time to explore Dar es Salaam from visiting nearby islands to partying with the locals, to catching great sunsets or visiting the local markets there is enough here to keep you occupied for a day or two that’s for sure! Karibu! In Swahili means Welcome! 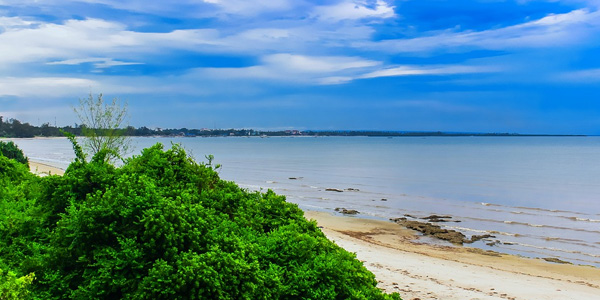